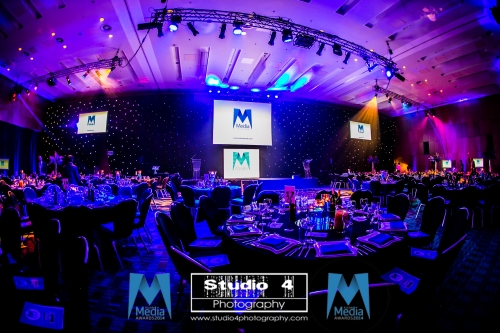 The 2014 Asian Media Awards took place at the Hilton Manchester Deansgate in front of journalists, actors, presenters and marketing professionals from across the world.

As well as rewarding new and emerging talent, the awards recognised the achievements of the pioneers within the media industry.

The much coveted Media Personality of the Year was presented to Krishnan Guru-Murthy of Channel 4.

Guru-Murthy has been one of the leading journalists and presenters in his field looking to investigate and report upon a range of human rights abuses across the world.

Both in the UK and across the world Guru-Murthy has been at the front line of journalism and created awareness of issues facing dispossessed communities.

Through his work as an ambassador for Channel 4’s foreign affairs programme Unreported World he has aimed to highlight injustices and inequalities across some of the most deprived areas on the planet.

The Sophiya Haque Services to British Television Award was presented to Nina Wadia.

Sayera, sister of Sophiya Haque was joined on stage by Asif Zubairy, ITV Commissioning Editor for Entertainment and presented the award to Nina.

Nina Wadia is renowned for her role in the timeless sketch show Goodness Gracious Me. Her many TV roles include Mrs Hussein, starring alongside David Jason in Still Open All Hours, Rupinder in All About Me, Waking the Dead, Skins and the four-part TV adaptation of Zadie Smith’s novel White Teeth.  Most recently Nina was seen as Zainab Masood in Eastenders.

Waris Hussein who was the BBC’s first director from an Indian background was honoured with the Outstanding Contribution to Media award.

Waris has during his career worked with some of the most accomplished actors of the past 50 years as well as being the first ever director of the Doctor Who serial in 1963.

In the journalist section, Shekhar Bhatia was named Journalist of the Year. In recent years he has produced documentaries for Channel Four’s Cutting Edge, Dispatches and the BBC’s Panorama. This has included a world exclusive interview with Reeva Steenkamp’s parents in South Africa and a special investigation into the death of Anni Dewani.

The Best Investigation category again featured some of the most compelling work in the past year. Ross Kemp’s Extreme World India was the recipient this year. The programme was aired earlier in 2014 and investigated the sex-trafficking industry, where girls and young women go missing every year and are forced into a life of prostitution in India’s major cities.

The Young Journalist of the Year award went to Layla Haidrani. The History graduate from the University of Kent has produced a series of original and exclusive columns for student and national publications.

Channel 4 also took home the TV report of the year. Darshna Soni speaks to women who have decided to wear the full veil and their thoughts on being targeted for the way they dress.

Chris Bisson who plays Jai Sharma in Emmerdale  was  presented  with the  2014  Best TV character  award.

Star Plus secured the Best TV Channel of the Year for the consecutive year & Burka Avenger was awarded with the Best TV Show award.

A new category at this year’s event ‘Best Video Channel’ rewarded Humza Arshad. His videos celebrate all that is Asian good or ‘bad’ and since 2010 he has racked up almost 60 million YouTube views becoming the most viewed British comedian and the most subscribed to British Asian with over 210,000 subscribers.

In the Marketing and PR section, the hard-hitting play ‘Nirbhaya’ picked up the Best Live Event Award for 2014.  Written and Directed by Yael Farber and performed by London based Assembly, this powerful play highlights the issues of violence against women in India.

Media Moguls were named the Media Agency of the Year for the second year in one of the most competitive categories on the night.

Look! A Singh! was presented the Best Blog and Commentary award, whilst Bizasialive.com was honoured with the Best Website award for 2014.

The Social and Charitable Campaign award went to the NHS’ stroke awareness campaign. The campaign devised by Here and Now 365 aimed to reduce the number of deaths through stroke and aimed primarily at the Asian community of the UK.

In the radio section the BBC’s Asian Network won the Radio Station of the Year category for the second year running. They also picked-up the Best Radio Show award for Tommy Sandhu’s breakfast show.

Slough’s  Asian Star  101.6  FM were  presented with the Regional Radio Station of  the Year.

Radio 4’s Anita Anand was chosen as the Radio Presenter of the Year. Anita took over the chair of BBC Radio 4’s topical phone-in programme ‘Any Answers?’ from the outgoing Jonathan Dimbleby.

Umbreen Ali, Media Manager at the Awards said, “It was pleasing to see so many people representing the strength and depth within the media industry of the UK.

“These awards are not about those we honour today but the people and organisations who continue to innovate and use their creative skills to entertain and inform all communities.”